Ambiguous visual references to the art of painter Jean-Baptiste-Siméon Chardin or surrealist photographer Paul Nougé, as well as everyday phenomena such as the lyrical act of a street poet, punctuate the short film Dropping A Large Sheet of Glass from Shoulder Height. It seems to stage the meeting of two men, unknown to each other, in the city of Paris, that seem to be more than a backdrop. Spanning the interval from morning until early evening, the camera follows them as they walk the streets separately, passing through an array of diverse locations with one man approaching the city center from the northeast, the other from the northwest. They both individually encounter various people absorbed in unexpected doings; these encounters act as instances of a certain intermittent blurring between consciousness and appearance, or thought and imagination. Even if the two men eventually seem to meet, the film – formally reminiscent of experimental modernist movies of the first half of the 20th century – leaves the question hanging whether their meeting is a chance encounter or a predetermined rendezvous. 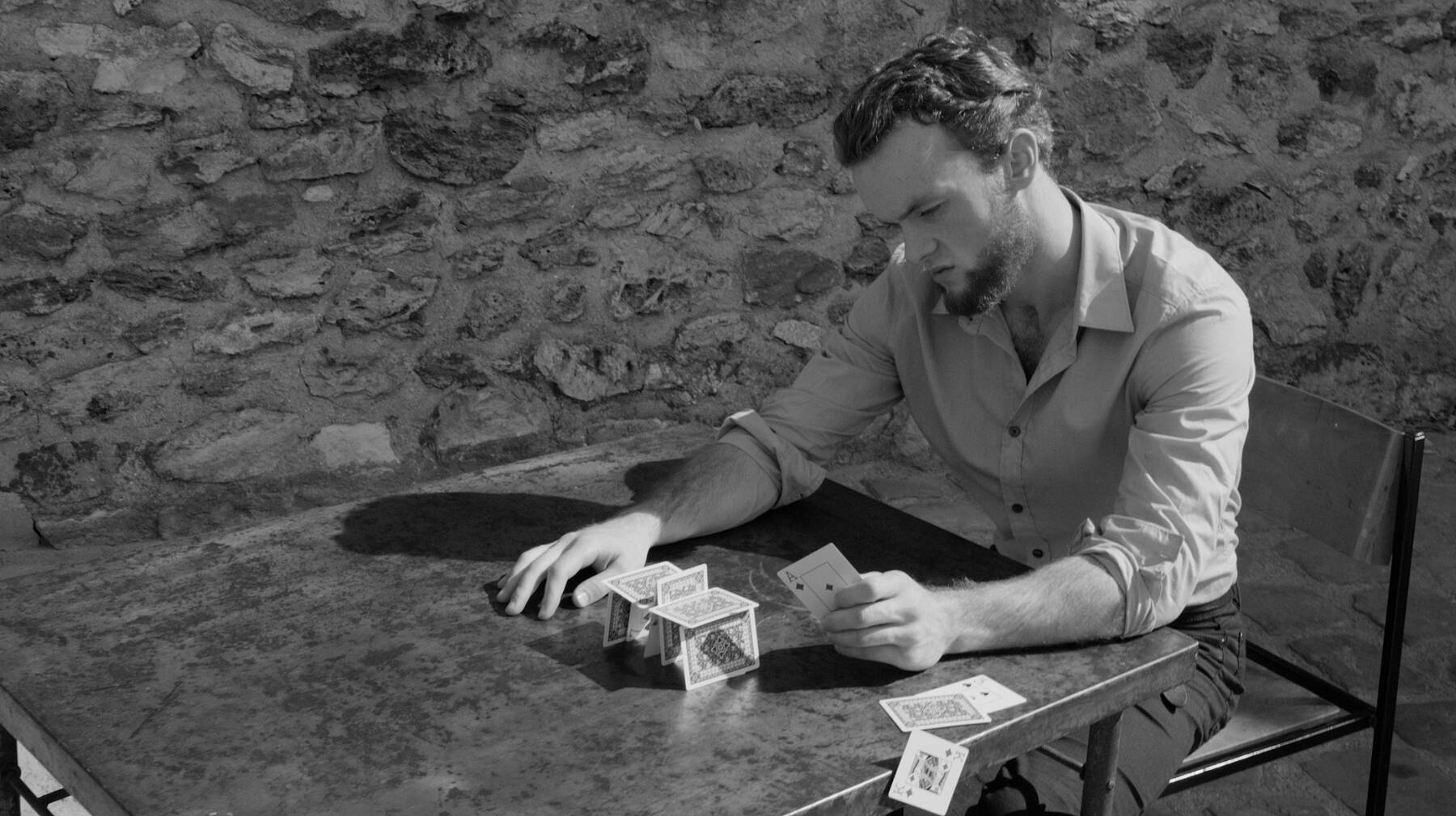 Vittorio Santoro is an Italian/Swiss artist based in Zurich and Paris. For his works, be they installations, text-drawings, films, sculptures, or sound pieces, Vittorio Santoro chooses specific ways to manipulate conventions to desired effects believing that creativity is an ongoing process of continual change and response. His characteristically intricate visual sensibility engenders startling, yet uncanny forms and constellations. Santoro’s works seem rooted in everyday observations but push beyond in order to reveal latent historical, socio-political, and metaphysical realities. His practice conceals a tension between the referential potential of objects and the choreographic nature of their placement in context. In presenting his works, imbued with what might seem an obvious artificiality and abstraction devoid of any obvious explanation, Santoro ensures that the audience maintain an objective perspective on them. The artist is sensitive to the unassuming nature of everyday interactions: he examines the notion of individual agency as it plays out within larger networks of clichés, common ideals, models of authority, or processes involving manipulation and power. –Daniel Kurjakovic´, Curator of Programs, Kunstmuseum Basel In 2017 he was nominated in Paris for the Prix Marcel Duchamp. His work has been presented in solo and group exhibitions, including Kestner Gesellschaft, Hannover (2022); Kunstmuseum Luzern (2020); Centre Pompidou, Paris (2017, 2012); Kunstmuseum Bern (2017); Museum of Contemporary Art, MoCA Pavilion, Shanghai (2015); Kunsthaus Zürich (2008, 2015); Fondation d’Entreprise Ricard, Paris (2009, 2012); Irish Museum of Modern Art, Dublin (2011); Tate Modern, London (2007); and CAPC (Musée d’art moderne et contemporain), Bordeaux (2007), among others. Public Collections include: CAPC (Musée d’art moderne et contemporain), Bordeaux; Kunsthaus Zurich, Zurich ; Musée national d’art moderne, Centre Pompidou, Paris; Kunstmuseum Bern, Bern ; Frac, Collection-Acquitaine, Bordeaux; Federal Office of Culture, Bern; FNAC, Fonds national d’art moderne, Paris; Kunstsammlung Stadt Zürich, Zurich; Kunstsammlung Kanton Zürich, Zurich, among others.