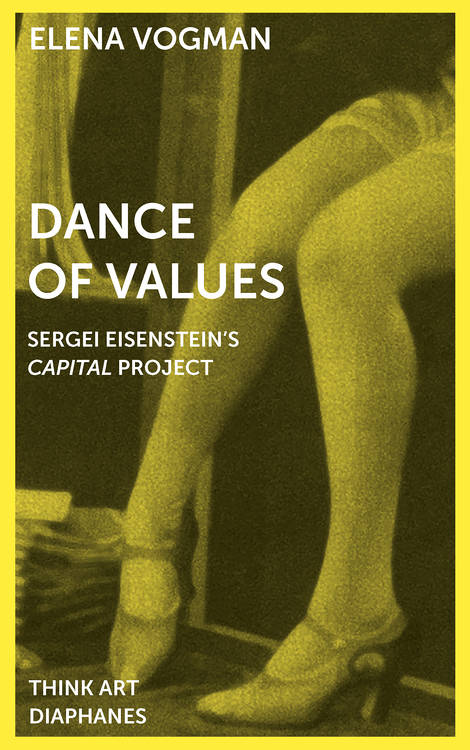 Eisenstein’s adaptation of Karl Marx’s Capital (1927–1928) is a phantom in a double sense: although never realized, it has nonetheless haunted the imagination of many filmmakers, historians, and writers to the present day, most recently with Alexander Kluge’s News from Ideological Antiquity: Marx – Eisenstein – Capital. Furthermore, its first public ‘materialization’ – a ten-page fragment of the director’s work diaries – was marked by what remained absent: Eisenstein’s images and working materials.

Dance of Values aims to conjure the phantom of Capital once again – only this time on the basis of the full scope of Capital’s archival body. This “visual instruction in the dialectical method,” as Eisenstein himself called it, comprises over 500 pages of notes, drawings, press clippings, expression diagrams, plans for articles, negatives from October, theoretical reflections and extensive quotations. Dance of Values explores the internal formal necessity underlying Eisenstein’s choices in Capital, arguing that its visual complexity as well as its epistemic efficacy reside precisely within the state of its material: the dance of heterogeneous themes and disparate fragments, a non-linear, provisory, and non-articulated flow.

Sequences from archival materials, published here for the first time, are constructed not as mere illustrations, but as visual arguments of their own leading to a more concrete understanding of Eisenstein’s stake in Capital: a visual theorization of value. A close reading of Eisenstein’s archive in its formal necessity allows not only for the reconstruction of morphological elements present in Marx’s theory of value but also for the theorization of a more fundamental crisis of the political-medial representation, a present that extends from its contemporary context to today. Employing an unambiguously morphological procedure, Eisenstein’s montage sequences produce a kind of surplus value entirely their own: a semiotic excess, which stirs the materials and represented bodies into a dance analogous to Marx’s “dance” of “petrified conditions.” It is in this polymorphic and “diffuse” language – associated with the stream of consciousness of Joyce's Ulysses – that Eisenstein saw the strongest critical and affective potential for the future cinema.