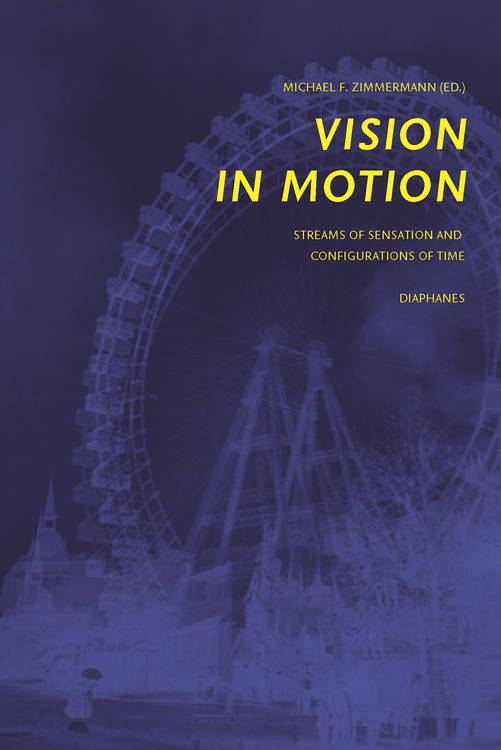 Pathos on the Run
Auguste Rodin, Aby Warburg, and the Movement of Images

Vision in Motion
Streams of Sensation and Configurations of Time

Vision is not mere registration of what enters, via the gateway of our eyes, from the outside world into our inner consciousness. Understanding the act of seeing as mirroring the outside world in mental images overlooks its temporal aspect. From Berkeley to Helmholtz, from Goethe to Cézanne, new discourses based on the physiology of the sense organs lead to new conceptions of vision not only conceived of as a mental process, but as a cognitive activity. Even before Freud interpreted dreams, seeing was conceived of as accompanying our life even when we sleep. However, to understand even the stream of the sensations, we have to configure them in pictures. Since the 19th century, the media reflect about the confrontation of seeing as a diachronic activity and of perception as coded in synchronic images. The contributions to the volume investigate the opposition of the stream of sensations and the configuration of time – from early illustrations of plants to the avant-gardes, from gesture to cinema, from decapitation to dance, from David Hume to Bergson and Deleuze. The main objective is a critical examination of images rendering vision in motion, without reducing them to the temporality of narrative.